By Mayank Krishna - October 13, 2007
Universe is a network of planets, sun, stars, constellation, etc. all connected with each other with some kind of force. Earth is a network. Human body too is a network of nerves and veins in perfect synchronization. Even the internet and Web 2.0, which are changing our lives as never before, are networks. In essence, everything around us is either a network or part of some network. In a rapidly shrinking world, the concept of networks suddenly assumes extraordinary importance due to exponential rise in number of networks, connections within each of them, and the resultant mind boggling linkage with each other. As the world continues to shrink in future to become a small global village, networks would not only mushroom around us but even become complicated. To survive and thrive in this networked world, more than IQ or EQ people, groups, communities, organizations, and corporations would need Network Quotient (NQ) - the measure of Network Intelligence (NI), the ability to create, manage, expand, and leverage the networks around us using the resources available.

NQ is not an esoteric phenomenon. It is the next step of human evolution. Human evolution started with physical evolution moving on to mental, emotional, spiritual, material, and most recently information evolution. Now, we are on the edge of the next big evolution, consciousness evolution. This evolution is going to transform the thinking and information processing earth into a living, breathing, feeling organism through infusion of consciousness. The power of network is bound to play the most important role in this transformation. Those who develop high degree of network intelligence would thrive in this new evolutionary phase - connecting your inner world to outer world for a two way inflow of consciousness - while those who fail to recognize the importance of network intelligence would simply perish.

The era of independence is going to give way to an era of interdependence. No more the individual capability would be sufficient. We are moving into an era in which our lives would be dependent on a number of variables on which we would not have direct control and which would be inter-linked with various networks around us. Individual brilliance is soon going to give way to collaborative brilliance. Individual power centers are soon going to give way to power networks. A high degree of network intelligence would be required to prosper in this network age. Management of networks and leveraging them would emerge as the most vital competency for leadership in any sphere. You would be as good as your NQ. Your NQ would decide your net worth in the network age!

What are NI and NQ?
Network Intelligence (NI) is not an independent concept rather it is a synergistic amalgamation of raw intelligence, emotional intelligence, and social intelligence. It is a manifestation of the combined effect of our various capabilities and strengths and how we use them to seek extra-ordinary solutions in various walks of business and life through the evolving power of networks.

Network Quotient (NQ) is a measure of Network Intelligence. NQ is a factor of -

The world is shifting from "problem solving" to "solution seeking" through the power of "collective mind" glued together with "the connecting networks" and powered with the spirit of "competitive collaboration."

With such impending reality bound to hit organizations and individuals sooner than later, it is just a common sense to understand the survival and growth would be dependent on the skills at managing the various networks as well as the ingredients of the networks. Who can be better equipped to handle this next phase of human evolution than a person or organization with high NQ?

Trigger a wave of ideas to facilitate the earliest shift to the next phase of human evolution, consciousness evolution, powered by networks. Generate a riot of ideas for realization of the fact that everything is a network or totally dependent on some network for its existence and growth. Illustrate the magnificent power of networks to accomplish unimaginable feats by tapping into the infinite reservoir of knowledge.

If the book is able to generate a critical mass of "network consciousness", we would consider ourselves fairly successful in our mission.
Network Network Quotient 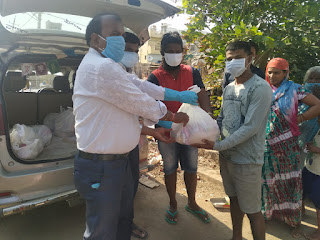